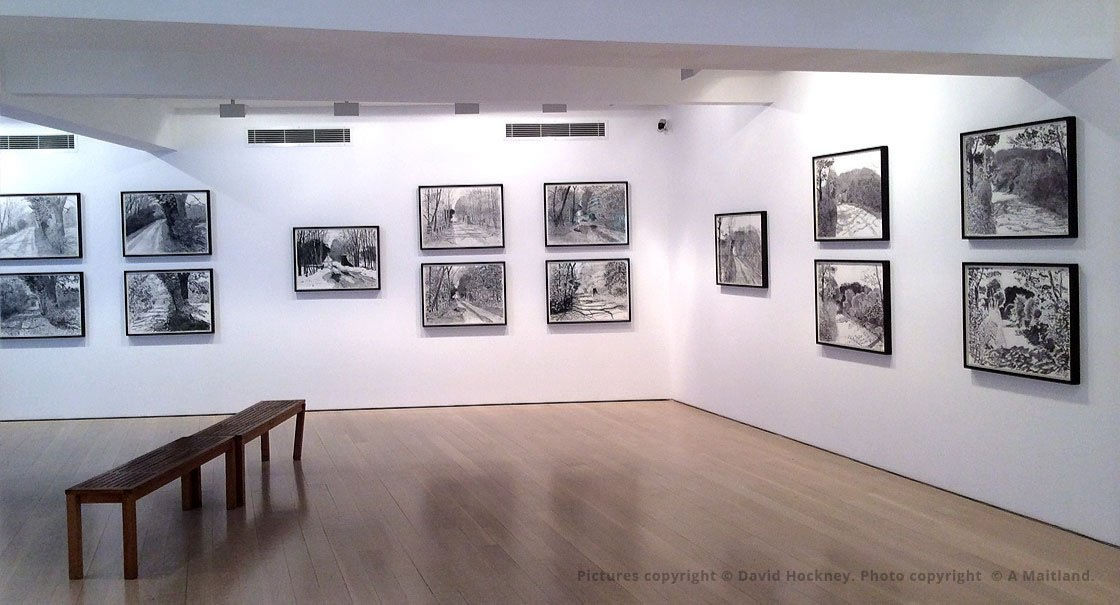 Another visit to see Hockney's iPad and charcoal drawings in London.

Spring arrives in London in vivid colours and fifty perfect shades of grey.

Hockney, one of the greatest colourists since Matisse, has been working exclusively in black and white. Twenty five drawings charting “The Arrival of Spring 2013” were on show at the Annely Juda gallery in London. Spring arrived in fifty perfect shades of grey.

Also on display, and for sale for the first time, were sixteen of his iPad drawings (all editions now sold out). These drawings were first revealed at Hockney’s “A Bigger Picture” exhibition, Royal Academy of Arts London 2012 which subsequently travelled to Spain and the Guggenheim Bilbao, then the Ludwig Museum Cologne, Germany. Some of these works were also on display at “A Bigger Exhibition” the De Young Museum, San Francisco, US. A real international art show.

Early this month I spent a morning looking at what I call my silent mentor’s work. For the second time I visited the show and once again enjoyed Hockney's sublime drawings. It’s a delight to see his pictures and it’s thrilling to learn so much from looking at his works first-hand.

Happy birthday Mr Hockney (early July) and wishing you another inspirational year ahead. 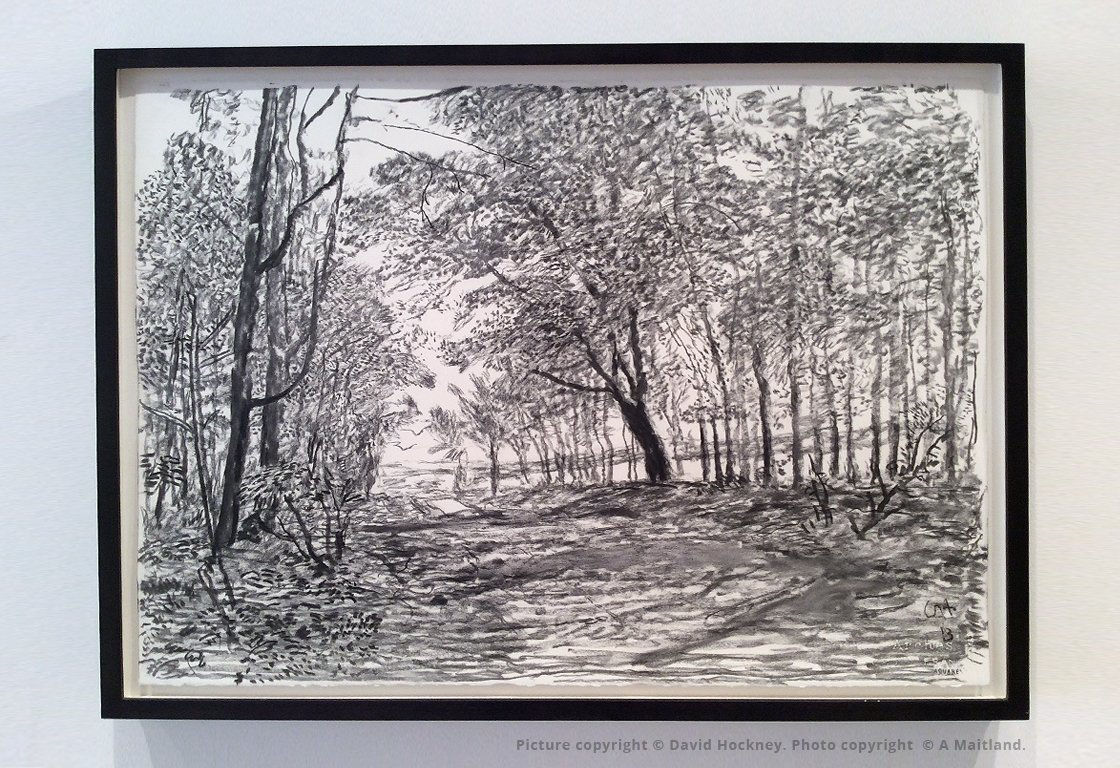 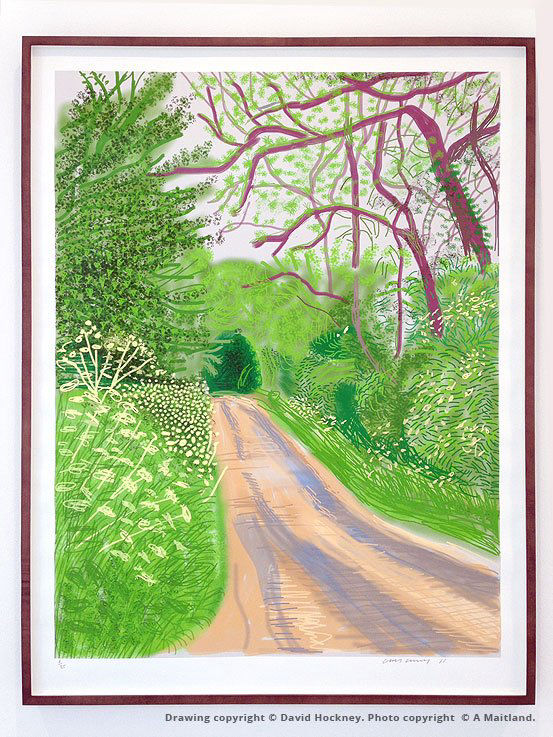 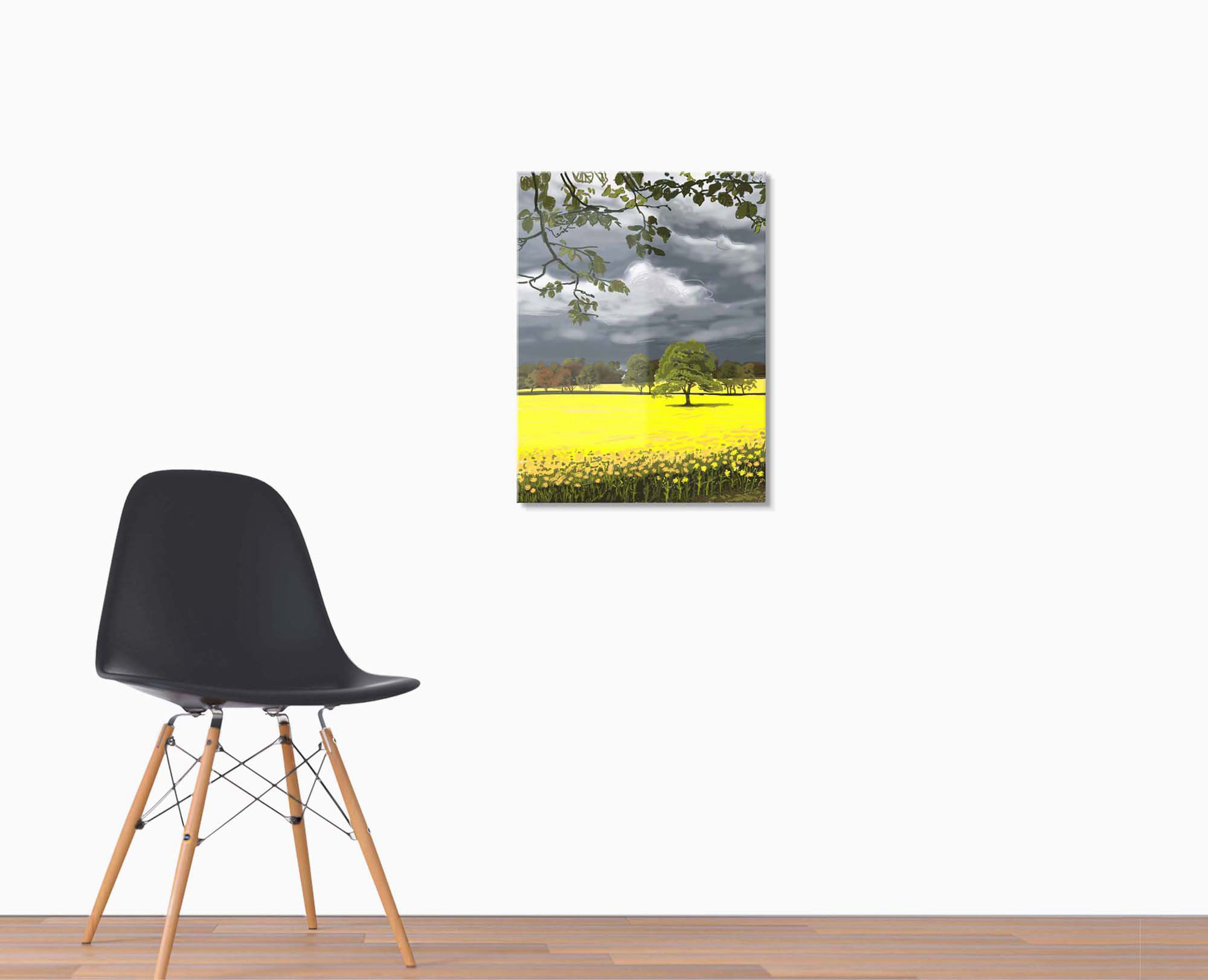 iPad drawings at NHS Surrey and Sussex Healthcare Trust - hoping to brighten up the day for patients and visitors. Read > 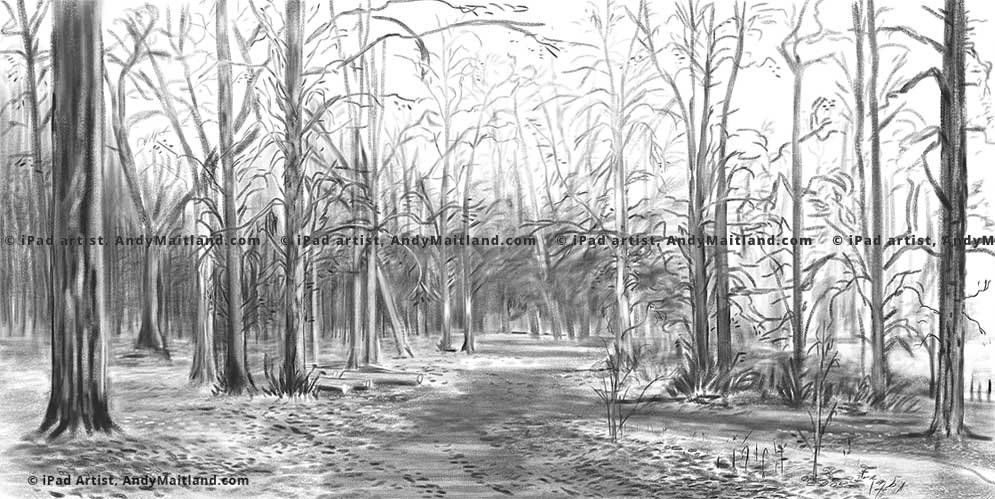