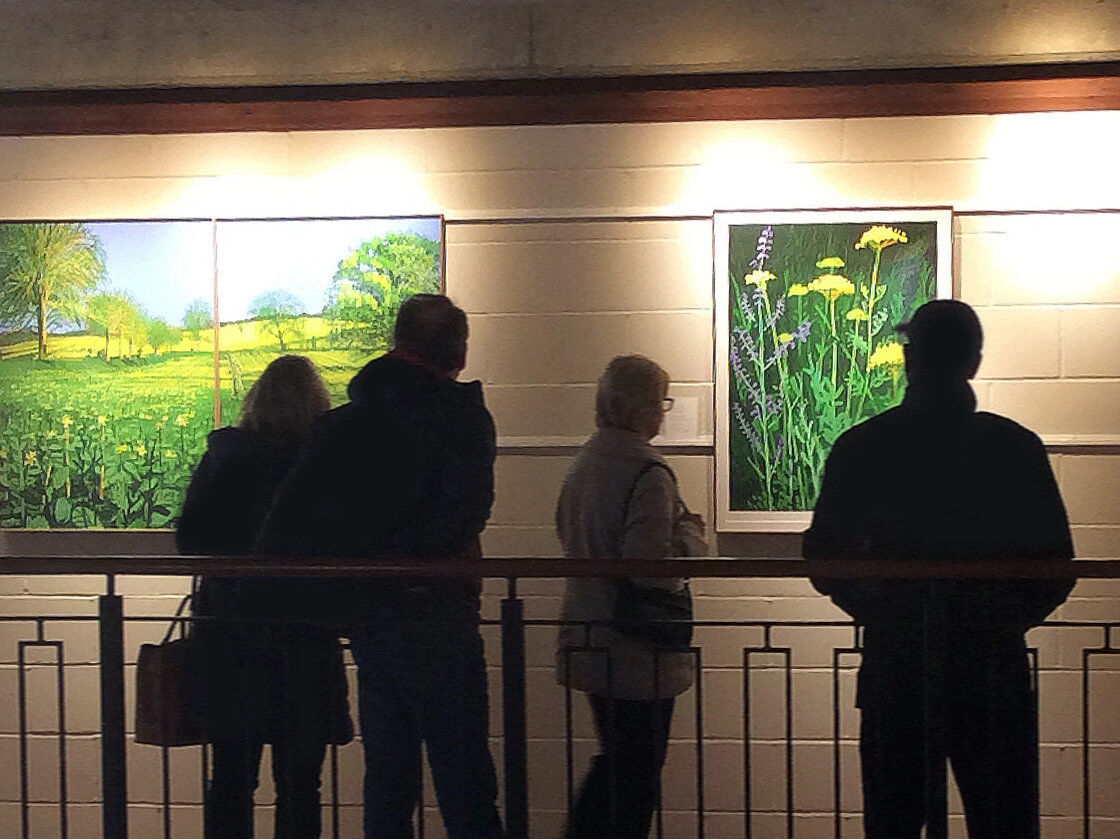 Denbies vineyard in Dorking, Surrey has become one of the largest wine producers in the UK.

Here are a few pictures from my first solo iPad drawings exhibition, 13-19 February, 2017.

The above picture shows “Yellow Field III”. This picture was drawn across two iPad canvases and is of a field near Dorking in Surrey, UK. “Yellow Field III” was drawn in Spring 2016 and was on display at a large size spanning one and a half metres across.

The picture below shows a section of the exhibition which included a screen on which the whole drawing process of the picture “Garden Flowers I” (also in frame on the right) from first to final mark was played back. Also displayed on screen was the recorded mark for mark drawing process of “Morning Mist” which was created across three iPad canvases. This triple iPad canvas drawing was first show at Apple in 2013. The full animated drawing process for this picture can be seen in my 'iPad Drawings' book on Apple books. 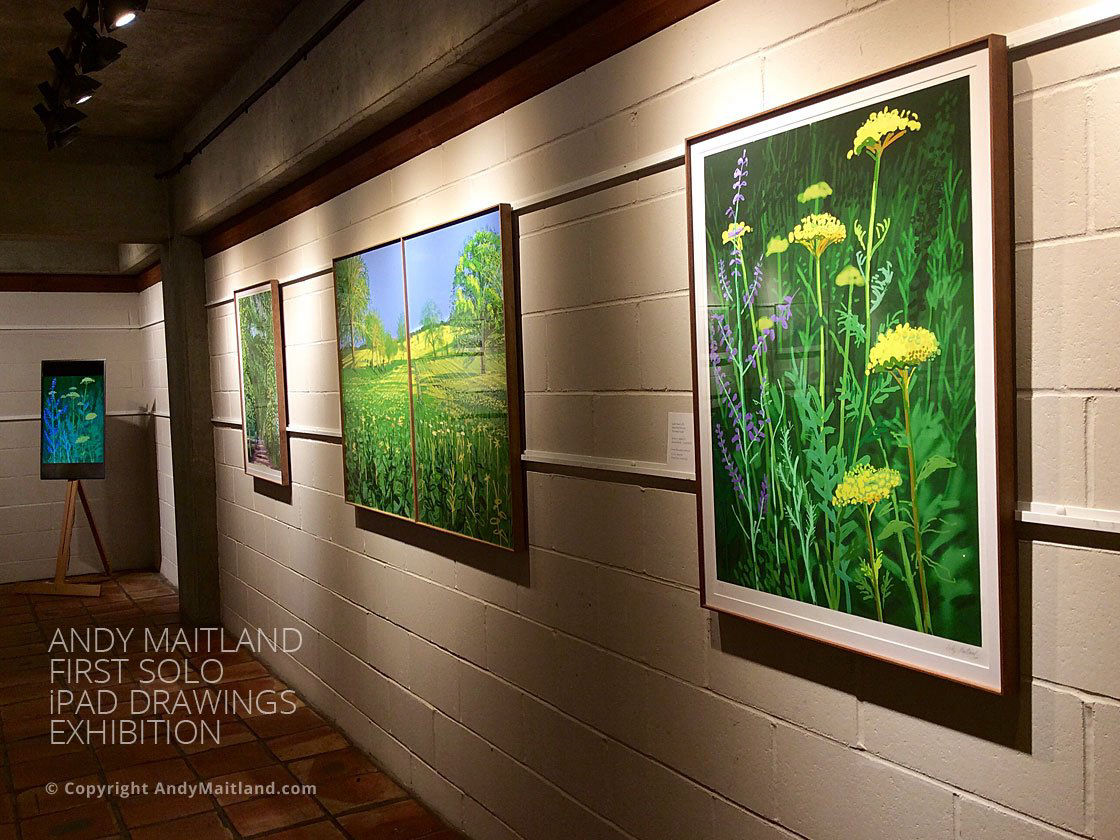